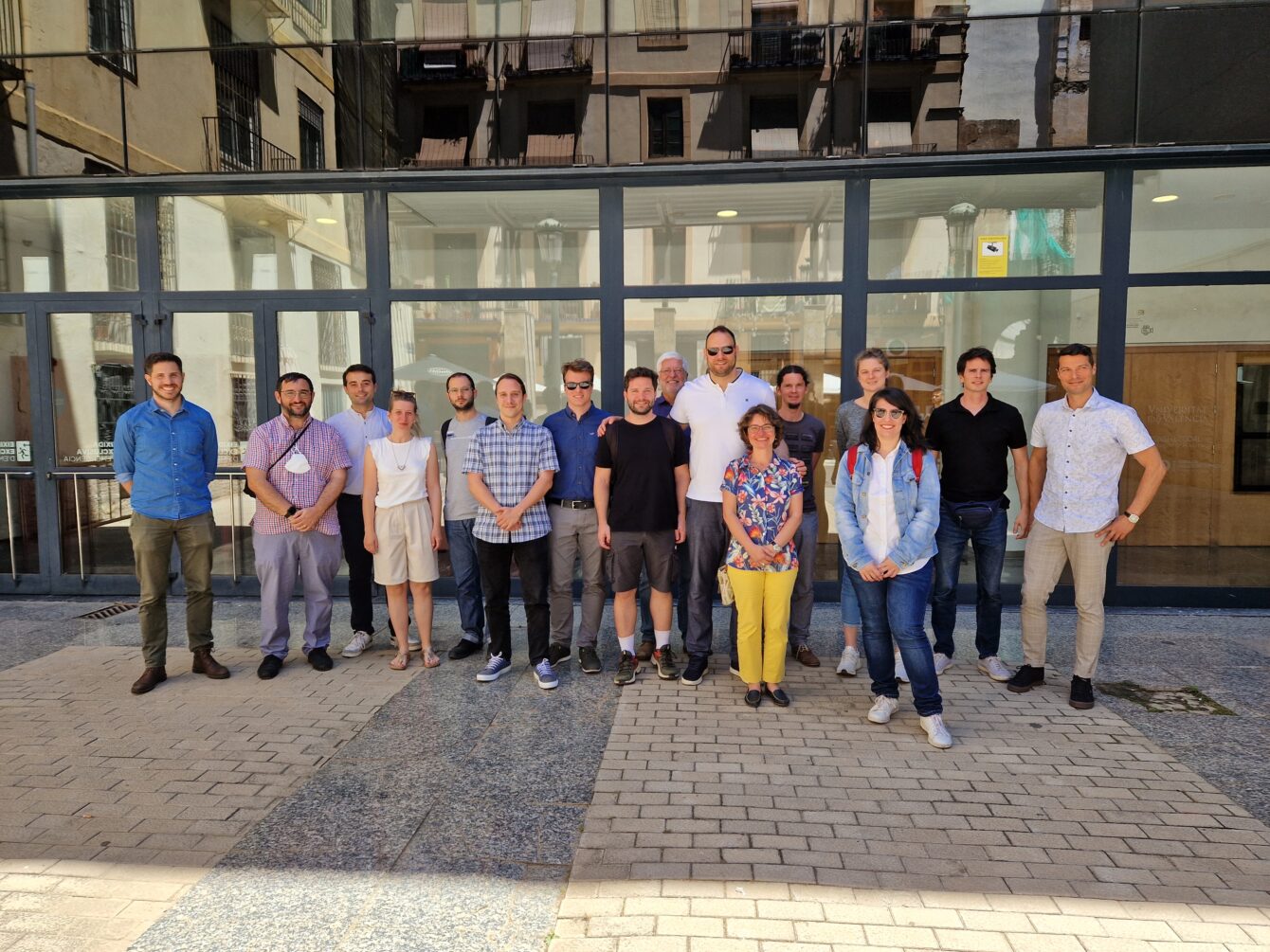 The Compile project has entered its final period and it had been six months since the last live meeting in Lisbon, so it was time for the consortium to regroup.

The 8th General Meeting brought together not only the 13 partners but also the External advisory board (EAB) for the second time.  The 8th General meeting was held on the 25th and 26th of May in Valencia and was organized with the assistance of our technical Spanish partner Etra.

The day before, the team presented all 5 pilot sites and the tools developed by the project to the external experts, Mr. Jure Ratej, Mr. Evangelos Rikos and Mr.  Higinio Vieira. EAB’s role was to contribute to a broader discussion about local energy systems, smart grids, and decarbonization. The main focus this time was on the created tools and how to promote them.  The EAB gives the project constructive evaluation and some helpful suggestions.

The following two days were dedicated to the 8th General Meeting, which focused on plans for completing the remaining work, financial status, remaining deliverables, exploiting the results, and bringing the project to a successful conclusion.

The majority of the attendees left Valencia after the meeting, but Etra Compile’s activities continued. They held an Energy Communities workshop for its employees the next day.

A final conference of the consortium is scheduled for September in Ljubljana, Slovenia.

Some of the project’s latest achievements (dissemination material & reports) are accessible under “Downloads”.